Computer analysis of shotguns has now been applied to the problem of measuring the effectiveness of your pattern for Turkey Hunting.

You can count pellets in a circle and say that one Shotgun/Shell/Choke shoots tighter or more efficient than another combination. All turkey guns are created equal at 10 yards, but how about 40 or more? The numbers alone don't really give the whole story. Have you ever heard the notion that this or that combination throws an even pattern? Have you heard the notion that there is no such thing as even-ness and that patterns are entirely described by statistical models solely defined by distance from the center and density of the pattern?

I don't have a whole lot more confidence in absolutes than what I have in subjective assessments. Rules often apply over a limited range with varying degrees of precision and subjective opinions are sometimes limited or unreliable.

Measurements that apply in a straightforward manner give me the most assurance of a valid basis for comparison.

The principle is pretty straightforward. Imagine for a moment that you could put 9 turkey heads in a group at the point of impact of your shotgun. 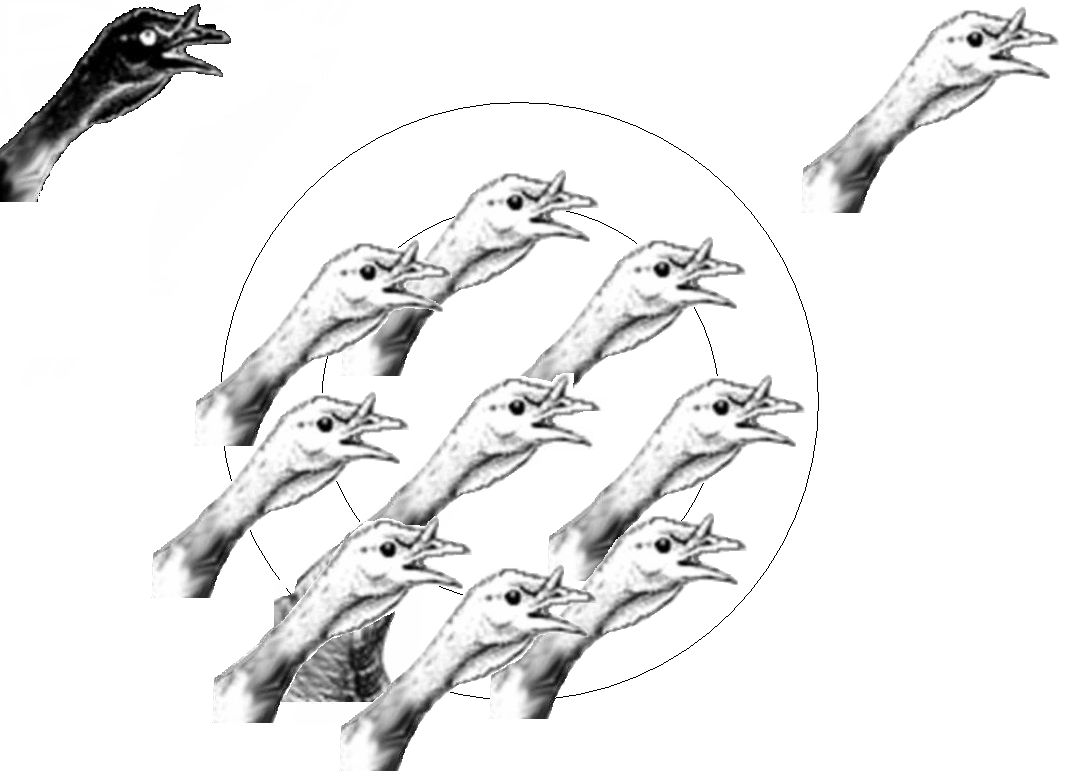 If one combination killed 5 of them, 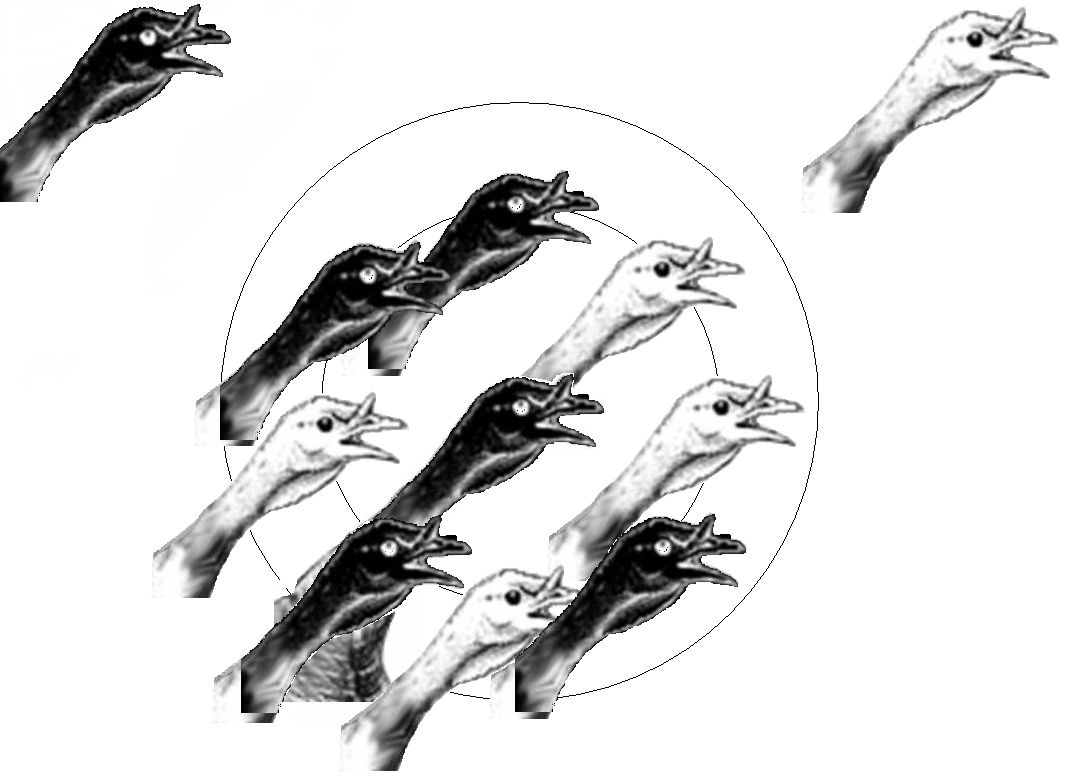 and another combination killed 7, 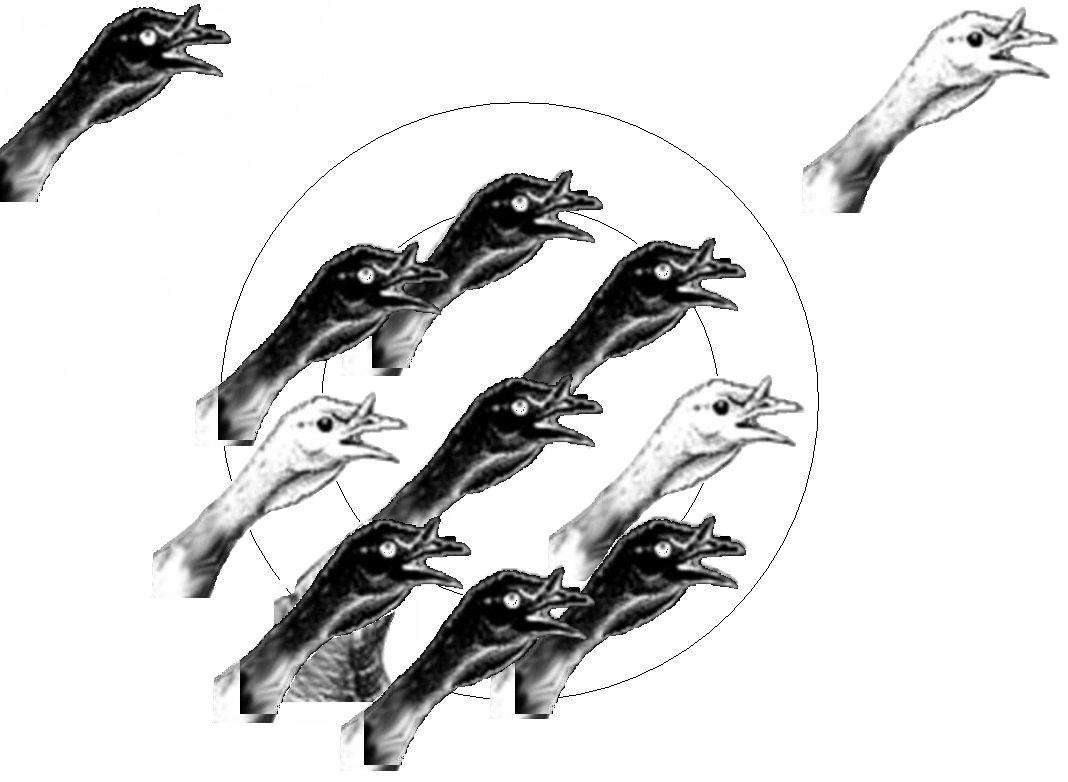 we have some idea as to which one is the more effective Turkey gun. (We would also have a lot of Turkeys to eat!)

The True Turkey factor is just an extension of that simple concept.

We use life sized vertebrate outlines of adult turkeys placed evenly in a 15" circle. One pellet in the vertebrate is assumed to immobilize it.

This Image shows a mock up of the model used in the True Turkey Factor Calculation. 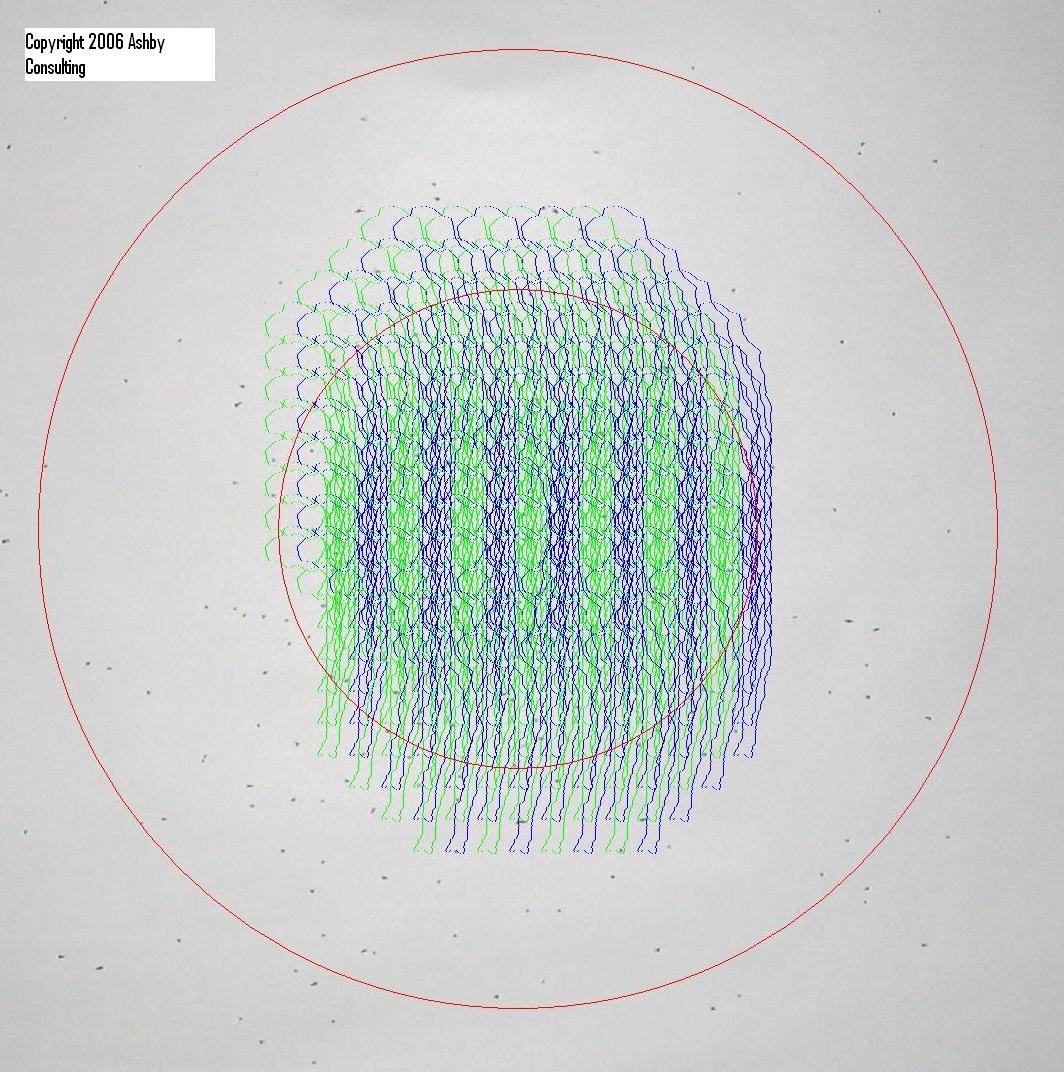 There are 171 regions of a turkeys vertebrate and skull contained in the model. Each one has a specific place relative to the center of the pattern.